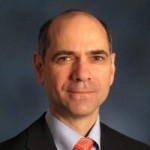 Investors accustomed to the property/casualty insurance market are likely to find the political risk and trade credit insurance markets a little strange. In this article, Ed Coppola explains some these peculiarities and their origins. He is an experienced veteran of OPIC, MIGA, and Zurich Insurance Company, where he was Head of Special Lines, and is presently a consultant to the insurance industry.

Many insurance and reinsurance companies have a separate unit to manage their specialty (or “special”) lines, including products such as directors and officers (D&O), errors and omissions (E&O), employment practices liability (EPL), crime, cyber security, product recall, kidnap & ransom, surety, and other less traditional lines of insurance.  There is a reason why these lines are considered “special”: unlike traditional lines of insurance like auto and certain kinds of property insurance, they are generally high severity, low frequency, long-tail products.  Among these specialty lines, single risk, structured trade credit insurance (TCI) and political risk insurance (PRI) are particularly unique and challenging to write profitably.

One of the most significant factors that differentiate TCI and PRI from some other lines of insurance is the risk horizon, or the “tail” to use the insurance jargon. First-party insurance products such as auto and property insurance cover losses that occur at a discrete point in time, typically during the course of a one-year policy period.  With these products, the insurer/reinsurer will know relatively soon after the end of the one-year policy period about any covered losses that have occurred. The insurer can readily evaluate the profitability of all the policies issued in that year by comparing the amount of premium earned with the losses and loss expenses associated with those policies. Unlike these short-tail lines of business, PRI and TCI policies typically have multi-year policy periods (in some cases of PRI, as long as 15-20 years), and are non-cancellable unless the insured defaults on the policy’s terms and conditions.  Even PRI and TCI policies, with tenors closer to three to five years, have a much longer risk period. That longer risk horizon is a challenge to a business that relies heavily on its ability to gather detailed loss information and produce robust models for predicting and pricing the likelihood and severity of a loss within given levels of statistical confidence.

PRI also differs particularly from property insurance in the unique and variable nature of the events that can trigger an insured loss under the policy. Property policies cover well-known and well-defined events like fires, earthquakes and hurricanes, which have predictable consequences such as damage and loss of income that can usually be adjusted without much difficulty. In contrast, PRI policies cover broadly defined events that can be triggered by a virtually infinite sequence and number of events related to dynamic and complicated economic, political and social forces and the financial impact of such events on the insured can be difficult to predict and evaluate.

More favorably and unlike many other traditional and special lines of insurance, PRI and TCI policies have the potential for substantial recoveries following payment of a claim. Most underwriters of TCI and PRI, as subrogees to their insureds and working in close collaboration with them, place a premium on the potential for recovering claim amounts paid. The nature of the underlying causes of losses in a PRI and TCI policy can provide specific avenues for potential recovery. For example, an insured can assign to the insurer its right to currency that was blocked under a currency inconvertibility claim. The insurer can then seek to convert and remit the blocked funds once the event of currency inconvertibility event has ended. A TCI insurer can pursue the insured’s right against the defaulted obligor, assuming the obligor remains a going concern. Experience of some PRI and TCI underwriters following the 2008-2009 credit crisis showed that a proactive recovery strategy can lead to restructuring agreements that result in significant recoveries for the insurer and, in some cases, the insured as well. Recovery potential does not exist for all insured PRI perils (e.g. damage caused by political violence), and the road to recovery for some losses (e.g. expropriation) can be arduous, time consuming and expensive. Nonetheless, the built-in potential for recoveries is critical to the long-term profitability of PRI and TCI.

Another distinguishing feature of PRI is the degree of flexibility underwriters have in manuscripting insurance policies tailored to a specific insured and risk, and the readiness with which the insurer can respond to an insured’s request for unique coverage features. This flexibility comes largely from the fact that many special lines, including PRI, are often written on a “surplus lines basis” on non-admitted paper, meaning that the policies are not subject to much of the onerous state regulation and oversight that otherwise requires an insurer to have their policy forms and rating plans pre-approved by each of the states where it transacts business. This allows a PRI insurer to provide bespoke policies to address an insured’s specific risk concerns and gives it the flexibility to modify its base forms as needed to address changes and trends in the market—a capability that aligns nicely with the variability of political risk in general, which lends itself to insurance solutions that reflect that variability.

Key to the long-term profitability of any line of insurance is the ability to price the risk adequately.  PRI presents a particular challenge in this regard. The general absence of industry-wide, detailed, and actuarially robust loss experience makes pricing a PRI policy more difficult than it is for high frequency, low severity lines of business that can rely on well-documented loss experience and statistically sound pricing models. The same can be said to some extent for TCI, although the availability of historical credit default rates for publicly-traded borrowers gives TCI an edge over non-credit based PRI transactions.  Providers of PRI and TCI can look to their own loss experience to establish a more robust technical price that will deliver the company’s profitability targets, provided the insurer has a long and deep enough track record and loss experience.  Many underwriters of these lines develop structured pricing models that provide a consistent and disciplined approach to pricing risks, while being mindful of the pricing level that the market will bear.

Pricing levels in PRI and TCI markets, like those in traditional and other specialty lines of insurance, reflect the level of competition and associated capacity in the market and loss experience that affects a broad swath of market participants. They may also be affected by an insurer’s corporate-wide pricing goals. But generally speaking, rates in the PRI and TCI market do not always follow closely the cyclical rate changes observed in the broader insurance market. Events of the kind covered by property and liability insurance are not highly correlated with the kinds of events that can trigger a loss under PRI, although that is less the case for a TCI policy; pricing of, and risk appetite for, PRI and TCI can be driven as much by factors that are more specific to the risks they insure, such as events in specific countries or regions (e.g. the current confrontation between Russia and Ukraine), or when strong demand for coverage in a specific country or for a specific borrower has exhausted (or nearly exhausted) the capacity available in the market, which insurers regard as a pricing opportunity.

Insurers allocate a portion of their capital to specific lines of business to support losses given an expected volume of premium (i.e. the capital intensity ratio). It should be no surprise that PRI and TCI insurers tend to have higher capital intensity ratios than insurers of non-special lines do. This has significant consequences primarily for the pricing of the business, as the greater the amount of capital allocated to a business, the greater the price that is needed to achieve the company’s profitability targets.

A key concern for a property insurer is the potential for catastrophic losses that could have a systemic impact on their portfolio, such as Superstorm Sandy and Hurricane Katrina. Insurers use data and sophisticated models that can produce reliable assessments of the likelihood and magnitude of a loss (e.g. probable maximum loss or PML) within a certain degree of statistical confidence and then purchase reinsurance to provide protection against a catastrophic loss. The use of reinsurance to transfer risk and protect against systemic risk can be especially challenging for PRI/TCI insurers to manage because the variability of the types of events that can trigger a covered PRI or TCI loss carries an additional level of complexity. It is a challenge to evaluate the potential for a given PRI/TCI event to metastasize and create ripple effects across the insurer’s portfolio and thus materially alter the PML. This so-called contagion risk can be seen in such situations as the 2008-2009 credit crisis and the conflict associated with the spread of the Islamic State and its surrogates in Iraq, Syria and Africa. Therefore, PRI and TCI insurers monitor specific characteristics of their books (e.g. exposure by geographic region) that will inform their views about the potential for contagion risk to have a severe impact on their books. This also explains why both insurers and reinsurers of PRI and TCI must have a global risk perspective and maintain a high degree of geographic coordination within their companies.

There are some challenges ahead that will continue to make the PRI and TCI markets dynamic businesses and underscore the factors that distinguish them from other lines of insurance. The spread of ISIS and other extremist organizations in the Middle East and North Africa has elevated the risk of terrorism and raised concerns about its impact outside of emerging markets where PRI and TCI underwriters have traditionally placed their focus. The evolving threat of nuclear capabilities on the Korean peninsula and in Iran could create significant changes in the balance of power in their respective regions. The growth of Russian nationalism and its more aggressive posture generally are reasons to reevaluate risk along Russia’s periphery especially. The United States’ changing relationship with Cuba may create new opportunities and new risks to go with them. And emerging risks that would not typically be associated with PRI and TCI, such as the risks to cyber security, may present new potential for PRI or TCI losses.